Snow is scary when you don't have shovels, scrapers, salt, sand, or plows.

Panic sets in and this is what happens... 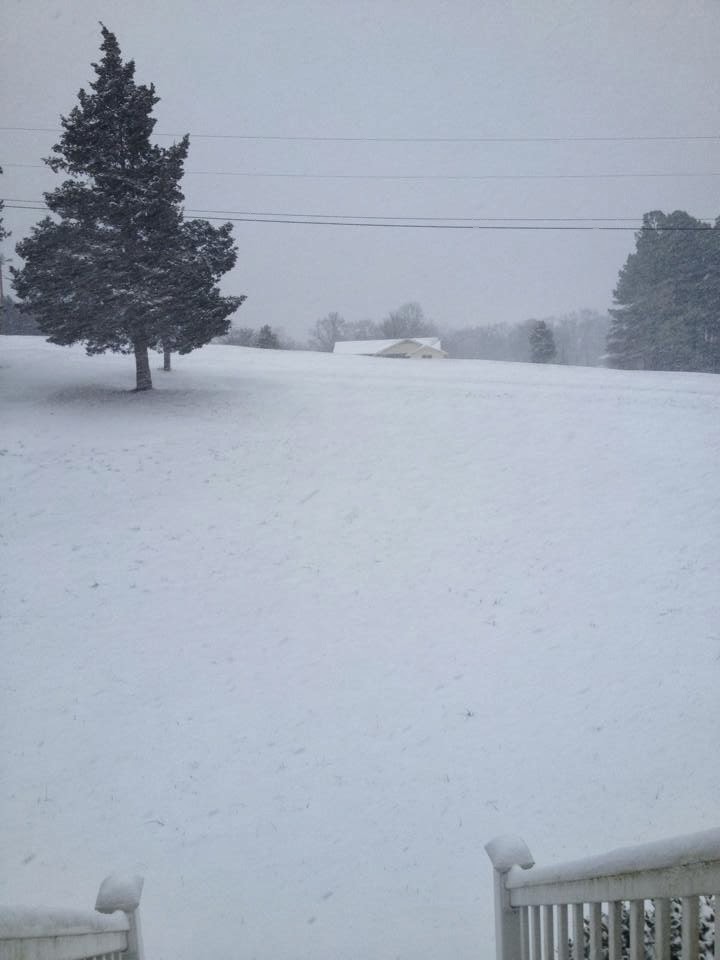 Meanwhile, while the world is ending, I'm doing laundry, the bathrooms are clean, and dinner is in the crockpot.

My only problems now are what am I going to do with my kids who have no school FOR THE REST OF THE WEEK and what will I do if the power goes out and I can't watch the Olympics?

I got a Jawbone Up for Christmas. 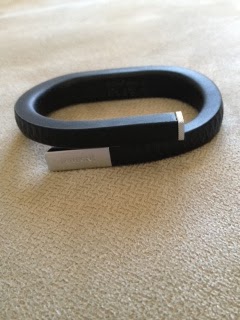 I did some very unscientific research to decide which activity tracker I wanted. Unlike my husband who spends days comparing and contrasting, I just read a few reviews.

I ended up picking the Jawbone because 1. I liked that it was a bracelet. I don't have to worry about it falling off or forgetting to put it on. 2. The iPhone app is visually attractive, easy to use, and very encouraging.


3. The band comes in different colors! I ended up with the black but the baby blue or mint is fabulous. 4. It has a long battery life. The website states it will last about 10 days. I've been using mine for 38 days and have had to charge it three times.

Initially, I wanted an activity tracker because I was curious about how much I actually move in a day. I've long been convinced that I'm actually quite lazy. Other then running, I don't do very much. I was also interested in information about my sleeping habits.

So far, I've had more days where I've reached my sleep and movement goals then not. Having a goal and wanting to reach it has motivated me to getting up and taking those few extra steps. Instead of enlisting my children into getting something for me, I've gotten my bottom off the couch and retrieved it for myself. 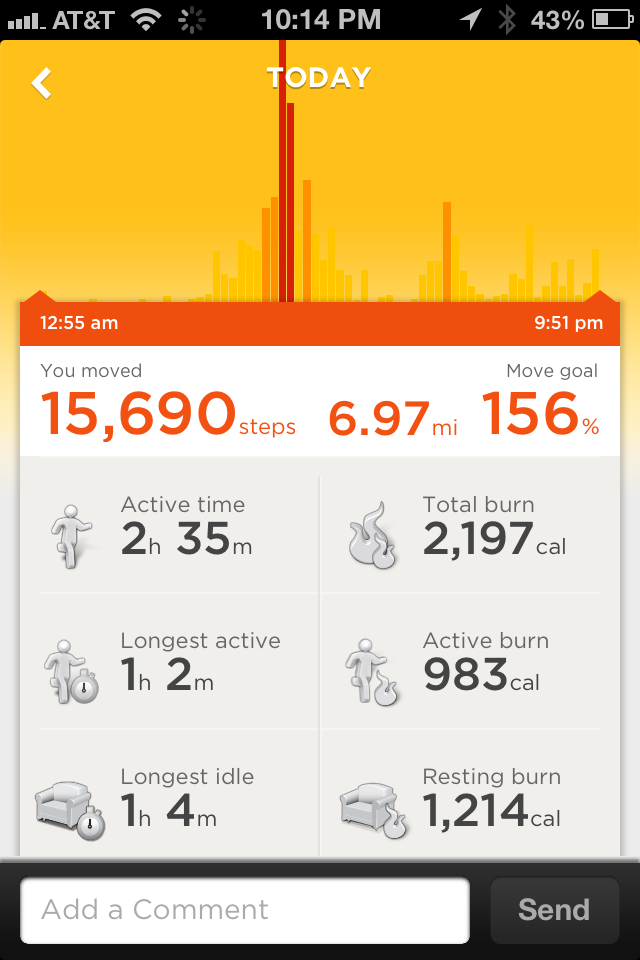 I've only had two nights where I knew the sleep data was incorrect. One of the forums I read mentioned that if you take 250 steps at a time, during nighttime mode, the Jawbone will switch back to day mode on its own. A few night ago, after multiple trips out of bed dealing with my children, I discovered that if I press the bracelet once I can quickly check which mode I'm in.

I've also discovered that there is something psychological about knowing how much sleep you did or didn't get. The other night I didn't sleep well and felt even more tired when my Jawbone confirmed I was up half the night. Conversely, when I see that I had a good night with more deep sleep then light sleep, I feel peppy and well rested.

Jawbone can also help you stay on track nutritionally. There is a handy dandy bar code scanner that can go a long way in helping you make better, more informed food choices. I don't log my food because I'm lazy and don't really want to know the truth about what I'm eating. I'm not ready for that shock yet.

Recently, Jawbone launched the UP 24 band which wirelessly connects to your phone. I connect to my band to my phone twice a day, once in the morning and then again in the evening, and can't see spending the extra $20 for the wireless option. If you need constant motivation to keep moving through out the day then the 24 model might be for you, otherwise the original UP band will get the job done.

Overall, I am pleased with the Jawbone. It does everything I want and need it to do. It will not replace my Garmin forerunner for running but for everyday use it's just what I wanted.
**UPDATE** 7/2/14
It has now been about 6 months since I started my Jawbone adventure. I used mine faithfully from December until February 27th when I went into early labor with my son. I started using it again in April until I lost it during a trail run last week.

It was totally my fault. It doesn't fit well on my wrist with my Garmin and my keys were already in my shorts pockets so I looped it on my shirt strap. Somewhere on that 1.88 trail it fell off. I ran it twice looking for it - nada.
Surprisingly and thankfully, my Stepmother had a Jawbone UP 24 that she wasn't using and gave it to me! So this update is on the UP 24, which I've been using for about three days.
As I noted before the main difference between the UP and the UP 24 is the ability to connect wirelessly. Now that I have used both, I will admit that connecting wirelessly is nice. However, I still do not think its worth the extra money. It would be if you need or want constant updates on your progress or motivation to keep you moving.
Posted by Lauren at 9:45 AM No comments: